US and UK Relationship Strengthened by CSG-21 Deployment

(ABOARD HMS QUEEN ELIZABETH, Irish Sea) -- With the arrival of F-35B stealth fighters, the United States’ tri-maritime support to the United Kingdom (UK) Carrier Strike Group (CSG) 21 is underway. Marine Fighter Attack Squadron 211 aboard Her Majesty’s Ship (HMS) Queen Elizabeth, DDG-68 USS The Sullivans, and U.S. Coast Guard engineers on exchange programs round out the United States support to the strike group, for their upcoming deployment. This will be the first time US F-35’s have deployed on another countries carrier.

“This deployment highlights the global reach of the U.S. and UK armed forces and their interoperability,” said Col. Simon Doran, US Senior National Representative (SNR) to the CSG. “The UK stands amongst our most stalwart and capable allies and this deployment enhances the deterrence and defense capabilities of the NATO Alliance.”

"We are proud to represent the United States on this historic deployment reinforcing the longstanding and unbreakable alliance and defence relationship between the U.S. and U.K,” said CDR.David Burkett, the commanding officer of USS The Sullivans. “The deployment is the culmination of a decades long cooperation effort to deepen U.S. and U.K. interoperability in an unprecedented way." 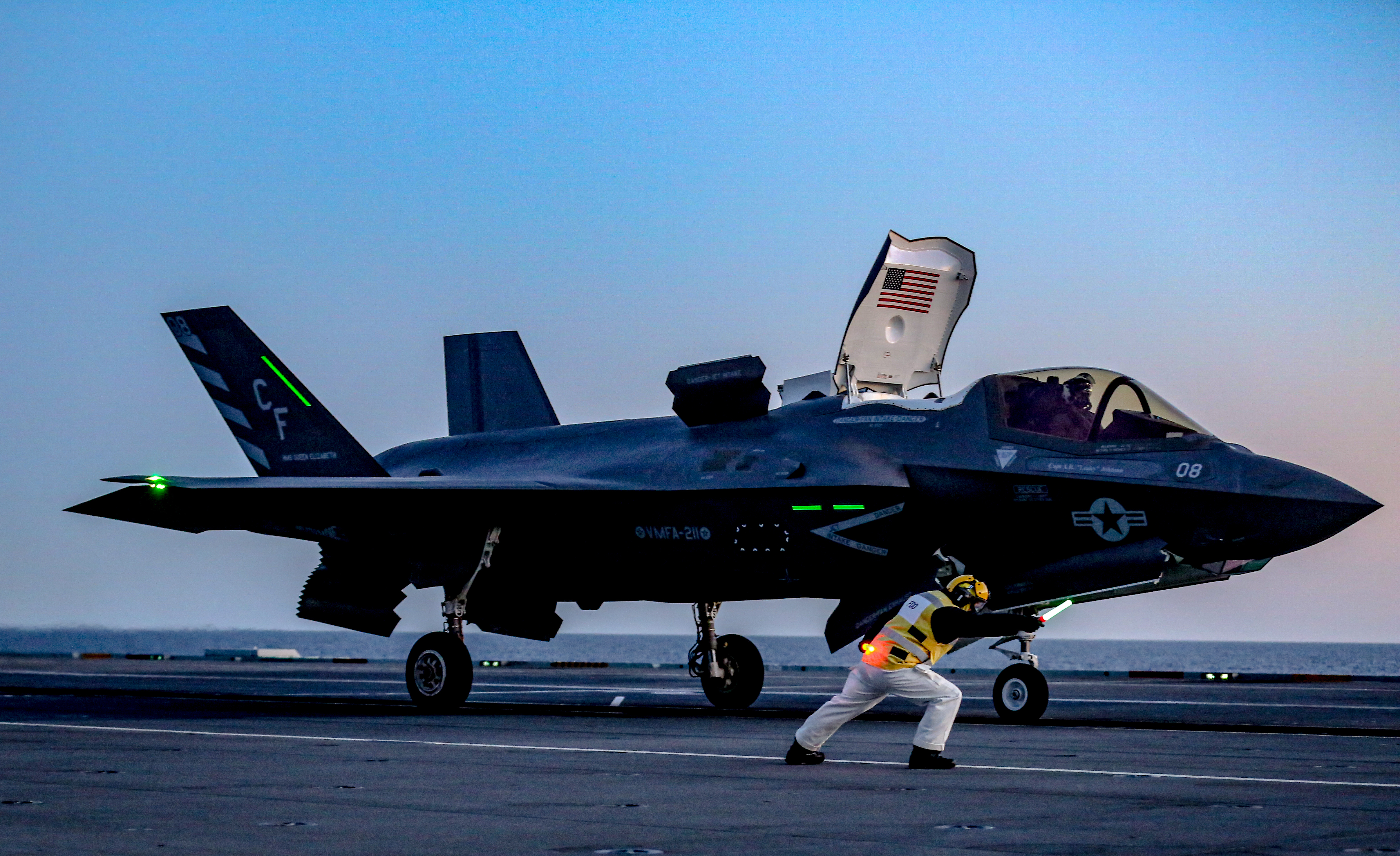 USS The Sullivans (DDG 68) is homeported out of Mayport, Florida. This multi-mission destroyer is capable of conducting Anti-Air Warfare, Anti-Submarine Warfare, and Anti-Surface Warfare.

The Sullivans is named to honour five brothers from Waterloo, Iowa who served together on the USS Juneau during World War II. The Sullivan brothers: George, 28; Francis, 27; Joseph, 24; Madison, 23; and Albert, 20; lost their lives during the Battle of Guadacanal on November 13, 1942. They were adamant about serving together in spite of the Navy wartime policy to separate family members."

“We are excited to operate from the deck of the Royal Navy’s Flagship alongside 617 Squadron, supporting a unique, historic opportunity” said Lt. Col Andrew D’Ambrogi, the commanding officer of VMFA-211. “Marines are expeditionary, we exist to operate forward and to provide rapid response capabilities in support of national and allied defense.”

Marine Fighter Attack Squadron (VMFA)-211 is based out of Marine Corps Air Station Yuma, Arizona and assigned to Marine Aircraft Group 13, 3rd Marine Aircraft Wing. Their mission is to destroy surface targets and enemy aircraft, day or night under all weather conditions during expeditionary, joint or combined operations.

VMFA-211 can trace its lineage to January 1, 1937 when Marine Fighting Squadron 4 -was activated at Naval Air Station San Diego, California. The “Wake Island Avengers” were the second operational squadron to transition to the F-35B and were the first unit to fly the F-35B in combat. The F-35 combines next-gen fighter characteristics of low observability, sensor fusion, fighter agility and advanced logistical support with the most powerful and comprehensive integrated sensor package of any fighter aircraft in history, providing unprecedented lethality and access to highly-contested environments.

VMFA-211 is also supported with U.S. Navy personnel assigned to USS John C. Stennis. The Sailors, all aviation ordnancemen, will be assembling ordnance in support of VMFA-211 for the duration of the deployment.

Marine Fighter Attack Squadron 211 and USS The Sullivans are humbled and proud to continue the special relationship with the United Kingdom through the deployment of Carrier Strike Group 21. Their interoperability with the United Kingdom, The Netherlands and additional international allies will preserve military advantage and reinforce rules-based international order. The United States and United Kingdom’s forward-deployed forces remain ready to respond to crises globally as a combined maritime force.