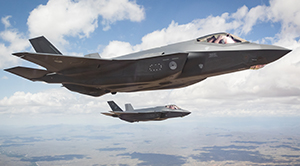 News
Alliance-Based Deterrence: The F-35 Strengthens NATO Partnerships
06/14/2021
With more than 200 F-35s now delivered to international operators, the impact of the global fleet is substantial – both in size and significance. The growth of the international F-35 fleet serves as a beacon of allied capability and partnership, bringing nations together to collaborate and strengthen global security for generations to come.
Read More 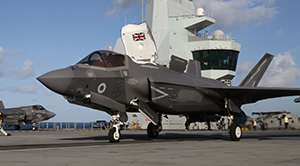 News
There Will Be 450 F-35s in Europe by 2030, NATO Commander Says
06/09/2021
U.S. and other NATO allies could have 450 F-35 Joint Strike Fighters stationed in Europe by 2030, the general in charge of U.S. European Command said Wednesday. "That's a tremendous capability," Wolters said. "And if I were a potential foe against NATO or Europe, I wouldn't like to hear that."
Read More 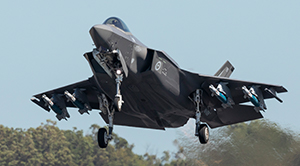 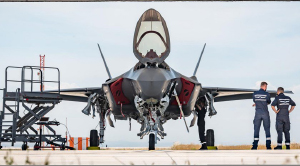 News
Israeli F-35s Taking Part in Joint Exercise with US, Italy, Britain
06/06/2021
Israeli F-35 stealth fighter jets are taking part in a large-scale drill in Italy, marking the first time that the fifth generation plane has been deployed outside of Israel for drills.
Read More
1 2 3 »