LONDON — The United Kingdom’s Carrier Strike Group has joined the fight against Daesh, also known as ISIS, with F-35B Lightning II jets carrying out their very first combat missions from HMS Queen Elizabeth, the U.K. Ministry of Defence said in a June 22 release.

Lightning IIs of the renowned 617 Squadron RAF (The Dambusters) carried out operational sorties for the first time from HMS Queen Elizabeth in support of Operation Shader and U.S. Operation Inherent Resolve.

“The ability to operate from the sea with the most advanced fighter jets ever created is a significant moment in our history, offering reassurance to our allies and demonstrating the U.K.’s formidable air power to our adversaries,” Defence Secretary Ben Wallace said. “The Carrier Strike Group is a physical embodiment of global Britain and a show of international military strength that will deter anyone who seeks to undermine global security.”

For the task group, which has spent previous weeks in the Mediterranean working with NATO allies and partners, it marks a change of emphasis. From exercises and international engagements, the Carrier Strike Group is now delivering its full might of naval and air power, putting the “strike” into Carrier Strike Group and contributing to the U.K.’s fight against Daesh — Operation Shader, which forms part of the global coalition against Daesh.

“HMS Queen Elizabeth’s first missions against Daesh will be remembered as a significant moment in the 50-year lifespan of this ship,” said Commodore Steve Moorhouse, commander, United Kingdom Carrier Strike Group. “It also marks a new phase of our current deployment. To date we have delivered diplomatic influence on behalf of the U.K. through a series of exercises and engagements with our partners. Now we are ready to deliver the hard punch of maritime-based air power against a shared enemy.

“The involvement of HMS Queen Elizabeth and her Air Wing in this campaign also sends a wider message,” Moorhouse said. “It demonstrates the speed and agility with which a U.K.-led Carrier Strike Group can inject fifth-generation combat power into any operation, anywhere in the world, thereby offering the British government, and our allies, true military and political choice.” 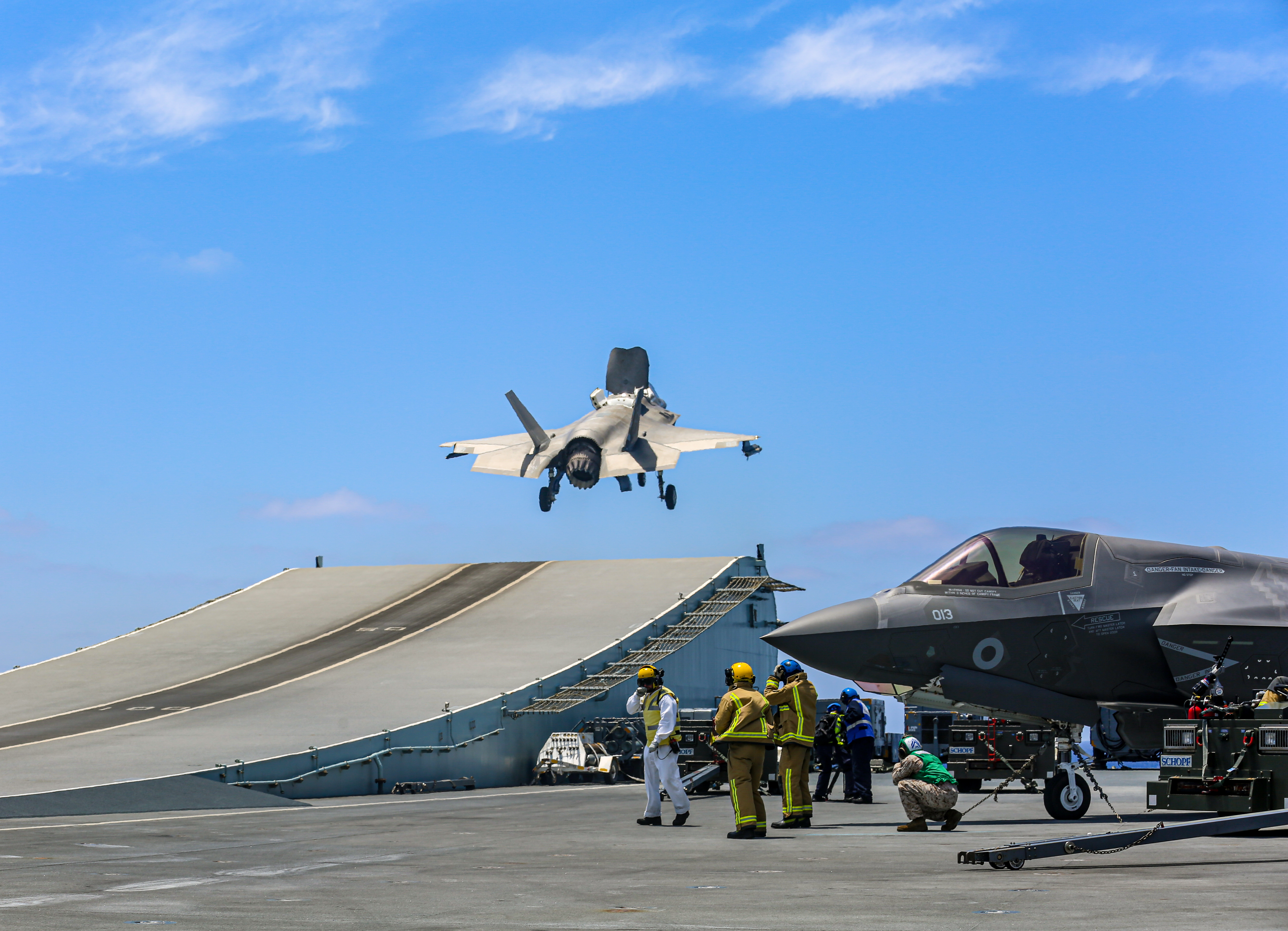 CSG21, led by HMS Queen Elizabeth, is the largest concentration of maritime and air power to leave the United Kingdom in a generation and this is its first operational deployment, which is joint between the Royal Navy and Royal Air Force.

“In an era of persistent competition, the carrier is already proving its worth. As the recent Integrated Review and Defence Command Paper underlined, our adversaries pose a growing threat to the international order and the values that underpin our security and prosperity,” the release said.

There are 18 U.K. and U.S. F-35B jets on board HMS Queen Elizabeth, the largest number to ever sail the seas. The aircraft are next generation multi-role combat aircraft equipped with advanced sensors, mission systems and stealth technology.

“The Lightning Force is once again in action against Daesh, this time flying from an aircraft carrier at sea, which marks the Royal Navy’s return to maritime strike operations for the first time since the Libya campaign a decade ago,” said Capt. James Blackmore, commander of the Carrier Air Wing. “With its fifth-generation capabilities, including outstanding situational awareness, the F-35B is the ideal aircraft to deliver precision strikes, which is exactly the kind of mission that 617 Squadron has been training for day after day, night after night, for these past few months.

“This is also notable as the first combat mission flown by U.S. aircraft from a foreign carrier since HMS Victorious in the South Pacific in 1943,” Blackmore said. “The level of integration between Royal Navy, Royal Air Force and U.S. Marine Corps is truly seamless, and testament to how close we’ve become since we first embarked together last October.”