The North Atlantic Treaty Organization (NATO) exercise Steadfast Defender 2021 brought together nine thousand troops from 20 nations to prove the readiness of forces from across the alliance. With deployments across land and sea from North America to the Black Sea region, this exercise “demonstrates that NATO has the capabilities and the resolve to protect all Allies against any threat,” said Jens Stoltenberg, NATO Secretary General.

This exercise – and many more like it – has demonstrated how the 5th Generation F-35 is strengthening NATO air power, enhancing allied partnerships and driving economic progress. The F-35’s growing presence across Europe is a powerful example of alliance-based deterrence – setting the foundation for next generation NATO air power.

“We will probably be in a position in Europe…by approximately 2030 to have 450 F-35s. That’s a tremendous capability, and if I were a potential foe against NATO or Europe, I wouldn’t like to hear that,” said Gen. Tod D. Wolters, Commander of U.S. European Command and NATO Supreme Allied Commander Europe on June 9. “With each passing day, we’re finding better ways to unite nations that possess F-35s to improve our speed and posture in the air domain.”

With more than 200 F-35s now delivered to international operators, the impact of the global fleet is substantial – both in size and significance. The growth of the international F-35 fleet serves as a beacon of allied capability and partnership, bringing nations together to collaborate and strengthen global security for generations to come.

NATO members in the F-35 program of record include Belgium, Canada, Denmark, Italy, the Netherlands, Norway, Poland, the United Kingdom and United States. By 2035, more than 500 F-35s will be stationed on the European continent across NATO member bases, including 48 U.S. Air Force F-35s (two squadrons) stationed at Royal Air Force Lakenheath in the United Kingdom. 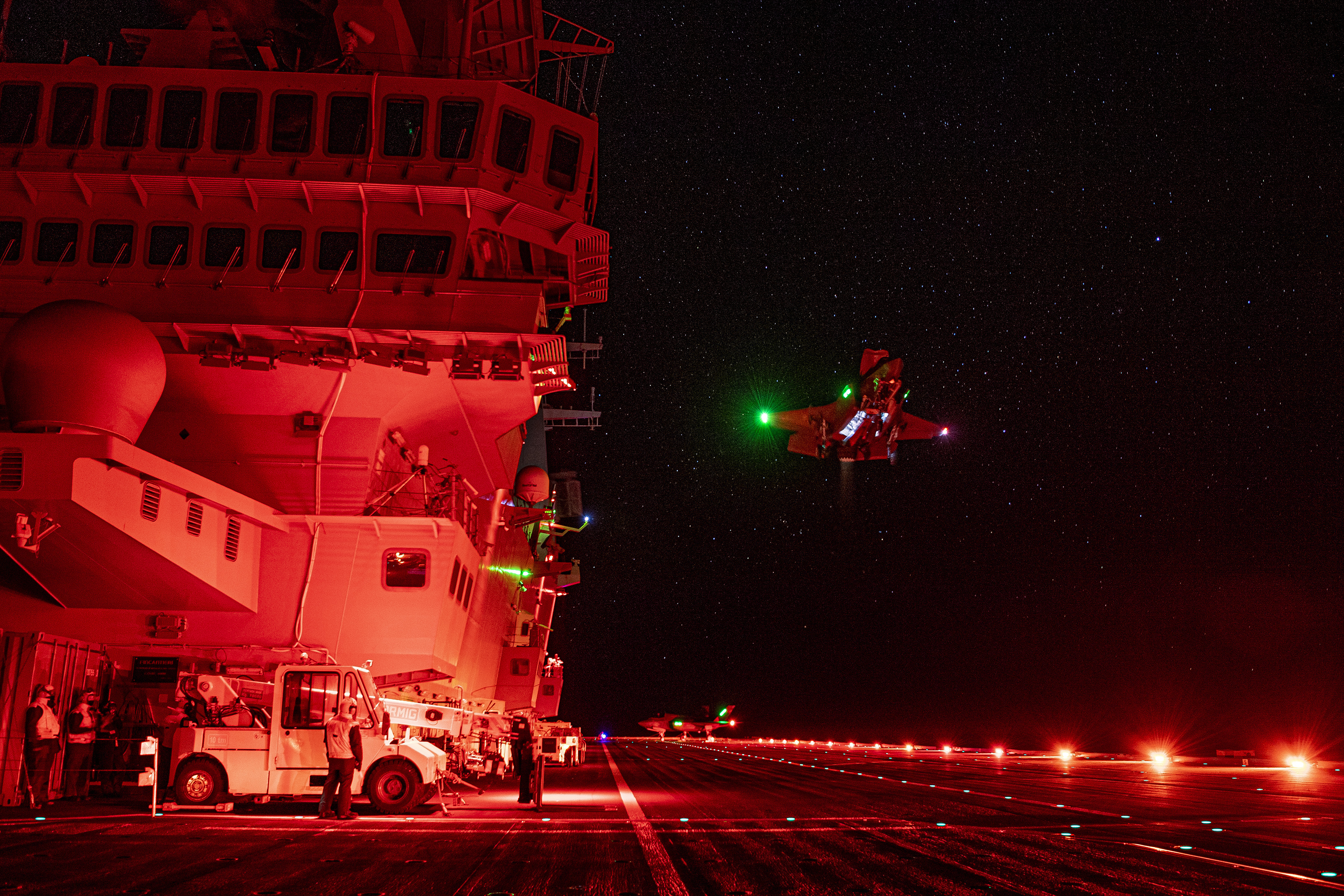 The F-35 provides an unparalleled network effect across NATO as multiple allies transform their 4th generation fleets into the advanced 5th Generation capability.

The collective fleet of F-35s across NATO countries are able to share information seamlessly amongst one another and with 4th generation aircraft, naval systems or ground assets, serving as a key node in the Joint All Domain Operations (JADO) battlespace. In addition, the F-35’s ability to enter contested battlespace undetected will ensure that NATO forces can evade modern air defense systems.

With users learning new, transformational, 5th Generation tactics from each other, the F-35 is significantly increasing NATO’s deterrent capability. Several recent multinational exercises have demonstrated the transformative effect of a multi-country 5th Generation fleet for NATO: 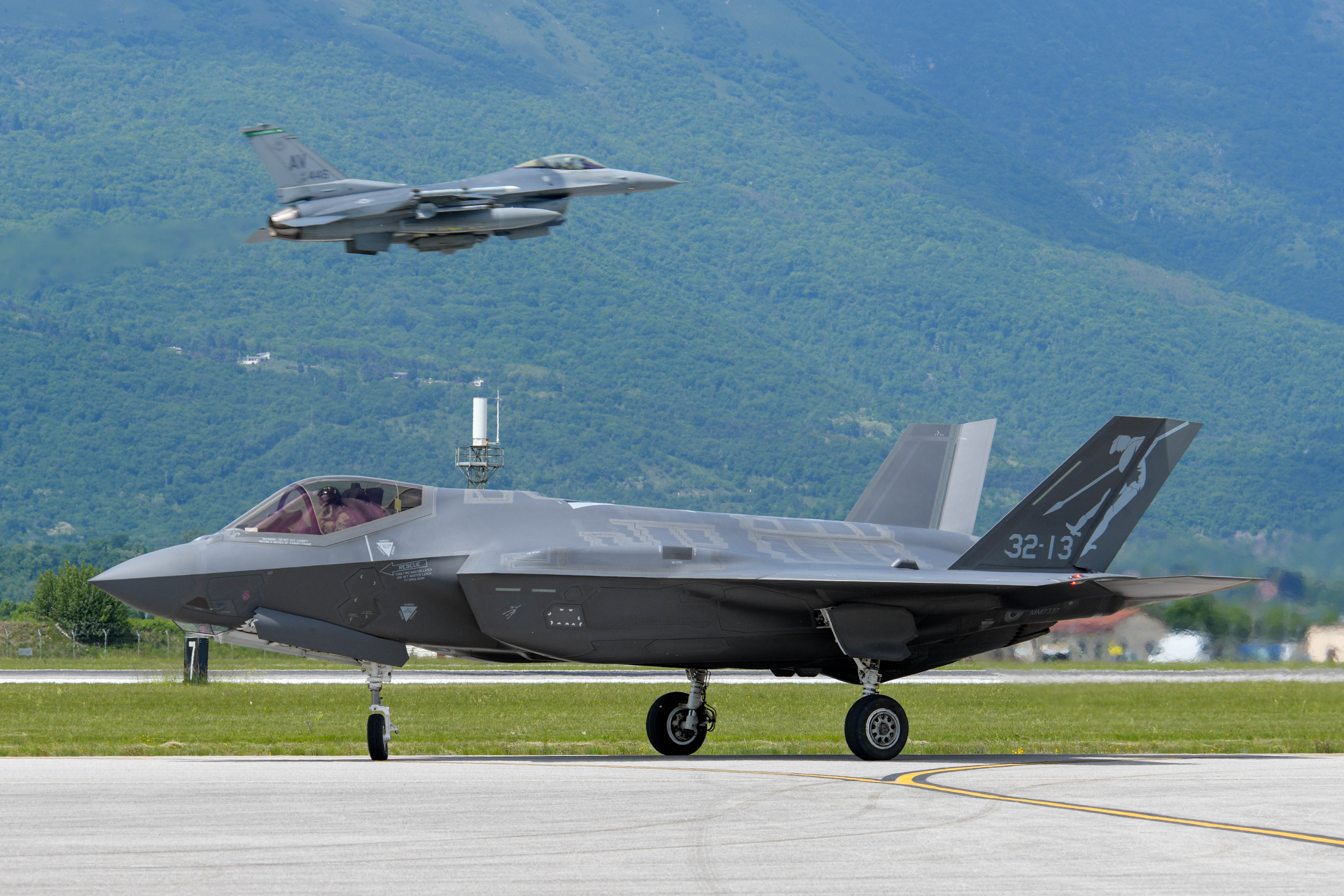 F-35s have also begun supporting NATO’s Air Policing mission in both Iceland and Estonia. Italian and Norwegian F-35s have already completed missions providing 24/7 intercept capabilities to safeguard the skies in the High North and preserve the security of Allied air space, with specific operations operating out of Keflavik Air Base in Iceland.

The F-35 is also strengthening NATO partnerships beyond the battlespace. Through joint training and shared production and sustainment of the aircraft, NATO allies work side-by-side every step of the way.

The focus on interoperability begins with F-35 pilot training. In the centralized training program at Luke Air Force Base, Arizona, F-35 pilots develop and hone their skills in partnership with their allies. This allows the F-35 user community to work side-by-side to establish common tactic, techniques, and procedures that are driving common concepts of operations across nations and services.

This partnership can also be seen in the global production and sustainment of the F-35.

Components from NATO countries are on every F-35 built for customers around the world. In fact, nearly 26% of all F-35 content by value is provided by European companies alone.

From horizontal tails and the B variant’s Rolls-Royce LiftSystem ® from the U.K., to landing gears parts from the Netherlands, to radar components and machined parts from Denmark, NATO partners contribute significantly to the F-35 global supply chain.

Canada has been an industry partner on the F-35 program for nearly 20 years and has nearly 200 projects identified in its Industrial Participation Plan.

NATO partners across Europe will also play a critical role in the F-35’s Global Support Solution (GSS), which will provide parts availability and repair capability to the fleet through regional maintenance and sustainment centers to ensure the continental F-35 fleet remains an ever-ready deterrent.

Italy is home to the one of three Final Assembly and Check Out (FACO) facilities, as well as a Maintenance, Repair, Overhaul, and Upgrade facility (MRO&U) facility. Dutch aircraft are being assembled at the FACO there, and the depot is currently supporting Italian aircraft and is preparing for multinational capability.

The Netherlands will also have an MRO&U facility, and a European Regional Warehouse for spares. The U.K. will provide MRO&U services for avionics and aircraft components, while Norway will also offer F-35 sustainment capabilities. 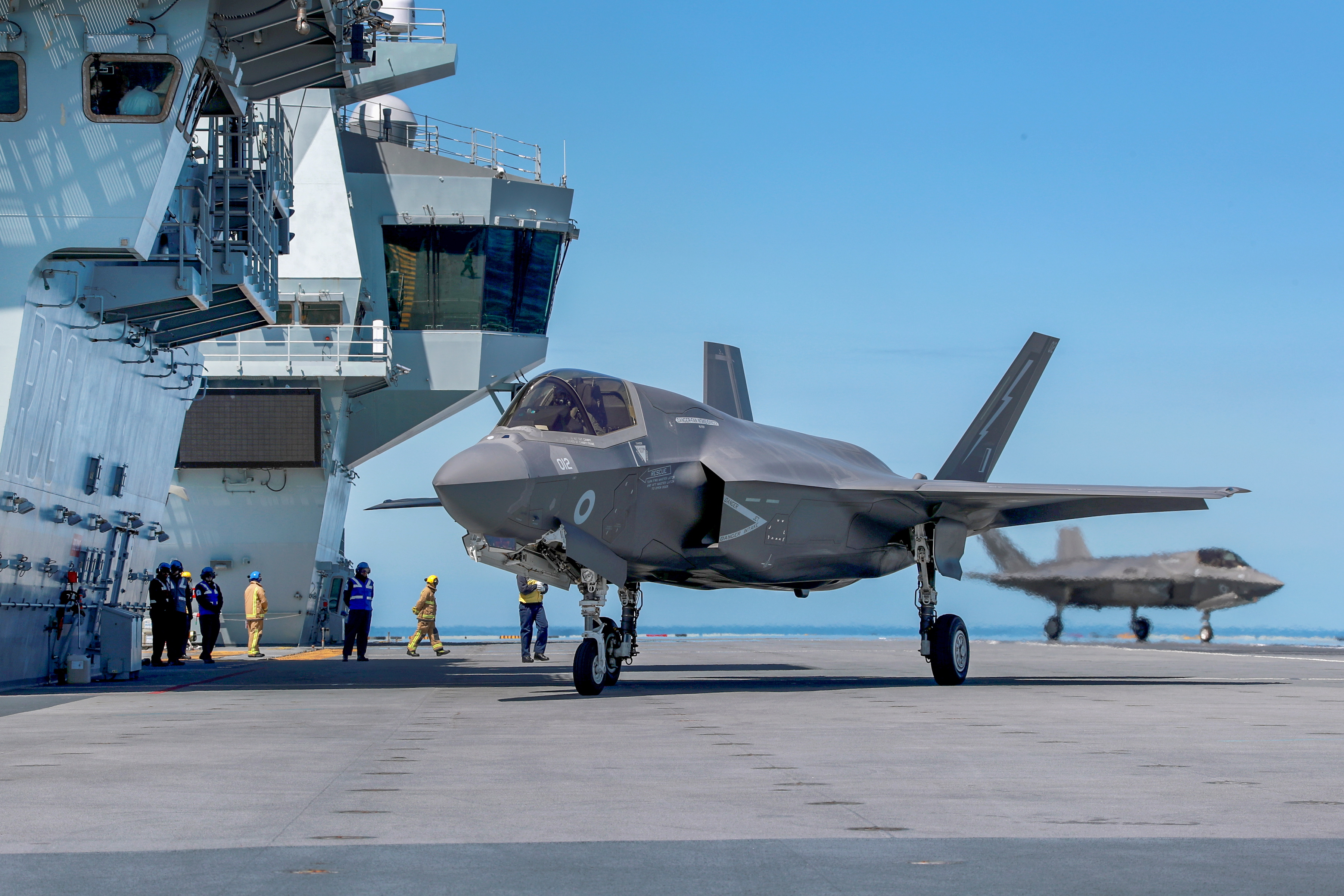 The F-35 is strengthening NATO air power, enhancing allied partnerships, and driving economic progress – and the F-35’s ability to forward-deploy and operate in hostile environments side-by-side with our allies is critical to maintaining a credible deterrent posture and reassuring front-line allies.

The F-35 is delivering transformational capabilities today and the program is mature and growing. The F-35 serves as the backbone of allied airpower for 13 nations and counting. The F-35 already reshaping the global security environment, coalition air power, and aerospace and defense-industrial partnerships.

“Fifth generation fighters represent a revolutionary leap in technology and capability for the U.S. and our allies in the European theater,” said Col. John Echols, Chief of 5th Generation Integration, U.S. Air Forces in Europe and Air Forces Africa.

“The F-35’s ability to integrate and connect with forces across all domains is a force multiplier. Information is a critical commodity and the F-35’s ability to collect data, then connect and rapidly share that information with allied surface, maritime, space and cyber forces is a game-changer for 21st century coalition warfare.”