Commandant of the Marine Corps Gen. David H. Berger spoke to the potential of the “lighting carrier” concept based on amphibious assault ships in his planning guidance. "Lightning" is derived from the predominance of F-35B Lightning II aircraft aboard.
The demonstration featured 16 jets from Marine Aircraft Group 13, 3rd Marine Aircraft Wing, with an additional four from Marine Operational Test and Evaluation Squadron 1, all operating from USS Tripoli at a high tempo. The Navy and Marine Corps team has incrementally developed the Lightning carrier concept and continues to refine its tactics, techniques, and procedures to support integrated naval operations.

“When this opportunity came up to put this many of our fifth generation aircraft on board Tripoli in conjunction with operational testing, we were thrilled." - U.S. Marine Corps Col. Chad Vaughn, MAG-13 commanding officer 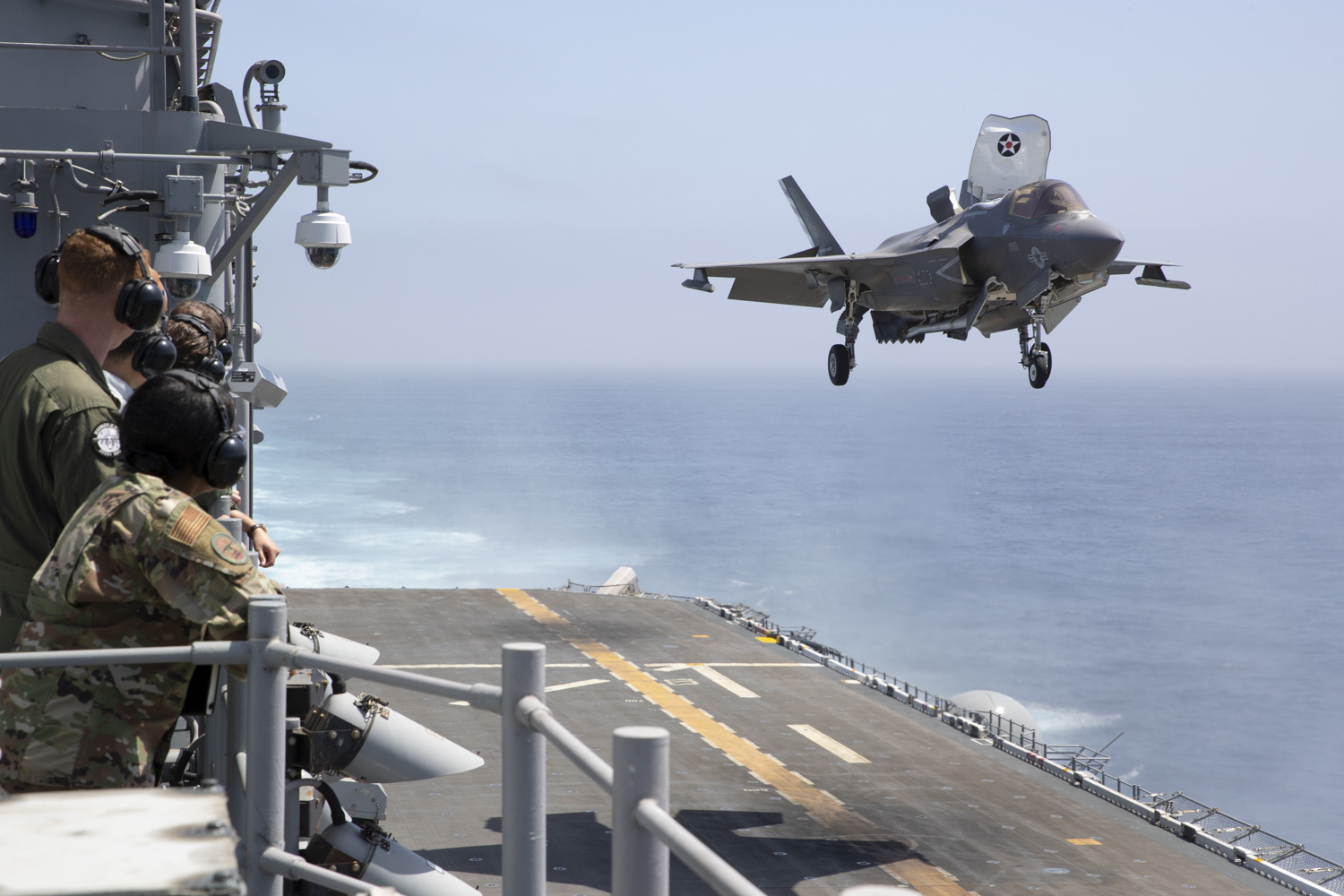 “It has been an incredible opportunity to train to fight as a MAG from the sea, to train our pilots, and to work alongside our Navy teammates," said U.S. Marine Corps Col. Chad Vaughn, commanding officer of MAG-13.

The demonstration proved that an assault carrier can be a lethal addition and provides combatant commanders with more options when employed in creative ways. An earlier concept utilized amphibious assault ships to demonstrate the “Harrier carrier” concept for AV-8B Harriers.

This concept will not change the standard make-up of an Amphibious Ready Group and Marine Expeditionary Unit. However, the exercise demonstrated the potential to utilize amphibious assault ships to provide the naval and joint force with lethal access, collection, and strike capabilities from fifth generation Short Takeoff/Vertical Landing aircraft in future operations.

“This demonstration proved the versatility of the America-class assault carrier, with its ability to embark either two squadrons of F-35Bs and a MAG command element, or a battalion-sized landing force and the associated assault support [12 MV-22B Ospreys, four CH-53E Super Stallions, and six F-35B Lightning II],” said U.S. Navy Capt. Joel Lang, Tripoli’s Commanding Officer. “For the fleet commander, both options are formidable and sustainable.” 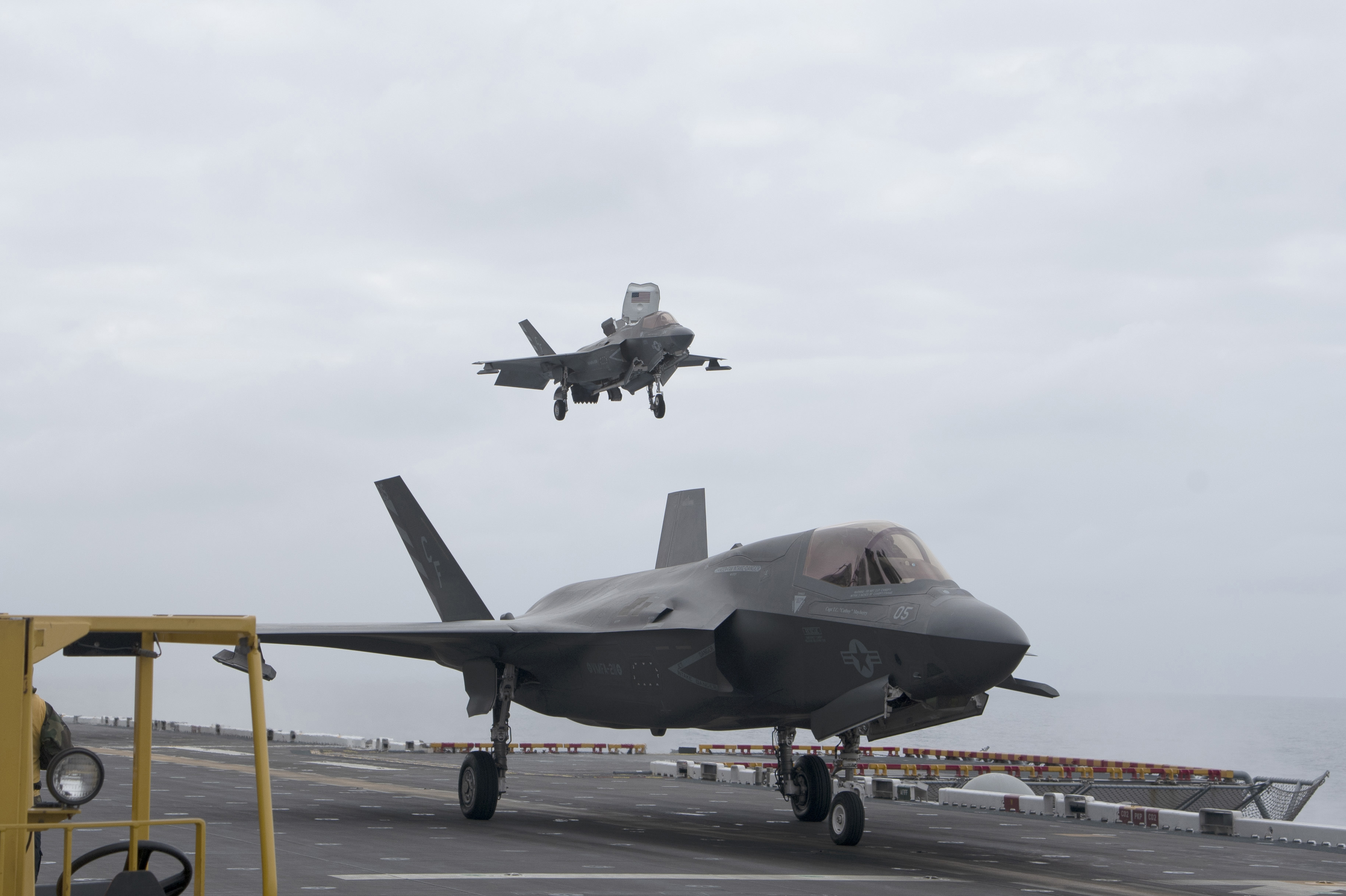 "The fifth-generation capability of the F-35B brings a significant advancement in capability to the combatant commanders, not only as a lethal strike aircraft but with the vast array of sensors that come with the F-35B's avionics suite,” said U.S. Marine Lt. Col. Alexander Goodno, commanding officer of Marine Fighter Attack Squadron 225. “Having two full F-35B squadrons on a ship like USS Tripoli capitalizes on this next generation capability, providing the commander with a multitude of options.”

As one of the Marine Corps’ newest F-35 squadrons, the demonstration provided an opportunity for VMFA-225 to operate at sea for the first time as a squadron.

“The pilots and Marines of my squadron were really eager to gain experience operating at sea, test out this new capability, and work alongside an experienced squadron like VMFA-211 and the USS TRIPOLI crew,” added Goodno. “I am exceptionally proud of how well the Marines of VMFA-225 performed in our first at-sea period. It was an exciting concept and one that we all believe should gain further consideration as an option for our forces moving forward."

3rd Marine Aircraft Wing remains combat-ready, deployable on short notice, and lethal when called into action. As an integral part of U.S. Pacific Fleet, U.S. 3rd Fleet operates naval forces in the Indo-Pacific in addition to providing realistic and relevant training necessary to flawlessly execute our Navy's timeless roles of sea control and power projection. Third Fleet works in close coordination with other numbered fleets to provide commanders with capable, ready forces to deploy forward and win in day-to-day competition, in crisis, and in conflict.